This is a super badass dragon with lots of powers. This is a ruff of his flying cycle I did with my last day at work.
Posted by Spyke at 1:42 PM No comments: 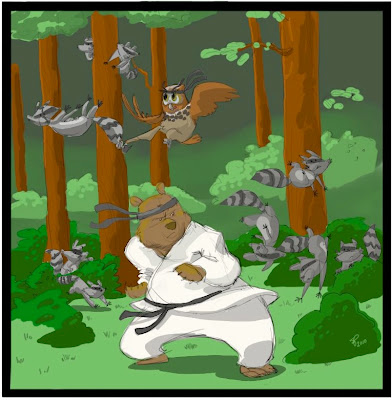 Sensei Bear and Shawn Owl,
Two creations from Sensei Bernardo at the Zen kickboxing academy in Nepean Ottawa.
Sensei came up with these characters in stories that he circulated through the dojo's newsletter. After joining up in 2009 I read a few of the stories he wrote, and immediately told him how much I like the writing style, and how I thought it would easily be translated into a comic book format.
Then the wheels started to turn, I realized that that I've always wanted to draw a comic book and now I had access to about 4 years of great story writing to pick from. So we got together and pow wow'd, had some coffee, and now here it is,
"The Adventures of Sensei Bear"
Posted by Spyke at 12:19 PM No comments: 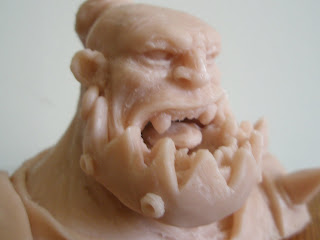 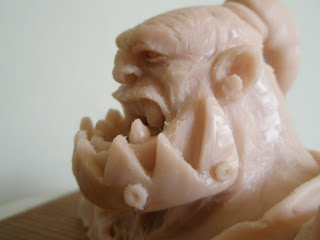 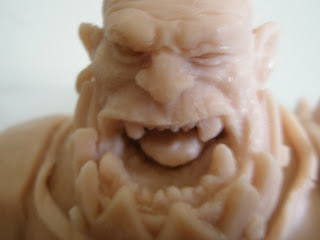 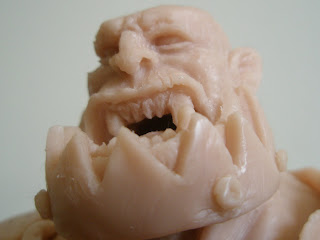 This fella is a Ork from the far future. Higher level geeks will know what this guys all about, but for the rest of ya's lets just say that his metal jaw implant is bolted directly into his face...These guys are tough and mean, so don't forget, if you find yourself surrounded by a group of them, kill the biggest one you can see, he's probably the leader.
If you like sculpting, but don't really know what to make, start with an Ork.. i find them soothing to create. You really can't mess these guys up, they are really big, super ugly, and any part of them you don't like, just build something clunky overtop and blame it on surgery.
Posted by Spyke at 12:14 PM 3 comments: